Someone once said that there’s only one way to the Father, but many ways to Jesus. What they were saying was that Jesus was the only way to the Father because His death was for the forgiveness of sin for everyone who believes, but that everyone finds Jesus in a completely different way to everybody else!

For some, He actually reaches out and does what can only be described as a miracle: they prayed and soon after they were healed, or money came from an unexpected source, or they reconnected with a loved one they had fallen out with many years ago.

For others who were torn with sadness or post-traumatic stress, or struck down with anxiety, they prayed for His peace and, kind of unexpectedly, it descended upon them, so they ran into the arms of Jesus to give Him more of themselves than simply a prayer of need.

You may have always had a fear of dying and a complete sense of loss associated with it, yet somehow Heaven knew. Your faith in Christ gradually melts the fear, like ice melting as the sun rises in the Arctic.

Your faith in Christ overcame the doubt of not knowing.

For many of us, a sense of what’s true and what’s not deeply affected us. In a world of smoke and mirrors, it’s hard to know what’s true, and in a world that considers you a consumer, it’s the twisting of the truth as well as the stereotypical, perfect images it wants you to attain that can provoke cynicism of the highest order.

Jesus, Madman or the Way, the Truth and the Life?

When Jesus walked the dusty streets of Judea, He boldly proclaimed that He was ‘the way, the truth and the life’ and that ‘no one comes to the Father except through Him.’ (John 14:6)

The big question isn’t ‘are all religions heading to the same place?’, but ‘is Jesus telling the truth or not?’ If you can dispel Jesus as a madman, a liar, or a fictional character, then move on to other belief systems, but if He was telling the truth, it’s worth investigating further. His exclusivity is remarkable, especially in the 21st century where inclusivity is one of the great catchwords of western culture!

Many have found Him to be real, truthful in every way, and alive today; to forgive sin, remove guilt, infuse peace, impart strength, and become ‘a friend that sticks closer than a brother.’ (Proverbs 18:24)

Jesus promised eternal life for everyone who believes in Him and follows Him.

It’s a big call, but many hold a deep sense that this is the truth and their lives reflect it. They’re willing to give up everything in their world in the light of a greater world to come.

Some came to Jesus just because their hearts held a gap in the shape of God, and no matter how many lines, cans, bottles, films, relationships, success or popularity they obtained, it never filled that gap.

They were left empty…. Until someone told them about Christ.

It’s rarely been a simple fix, though, for anyone. Even when God displays unusual power or an unusual reveal, it still takes time to get to know Him.

It’s like a new friendship – the more you talk and share, the more you go through things together, the more you rest under His outstretched wings, and the more you humble yourself under His mighty power, the relationship builds and builds. It becomes a lifelong partnership.

It’s like a muscle – the more you exercise, the fitter and stronger it gets. 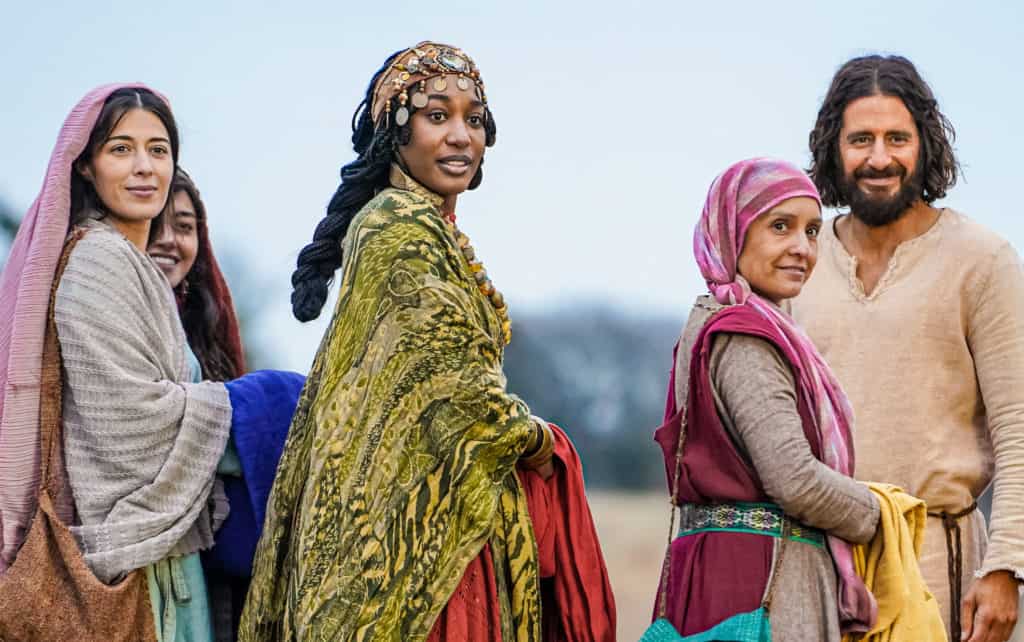 Jesus Loves All and Changes Lives For The Better

Jesus was amazing. He loved all kinds of people and totally understood where they were coming from and how they got to where they are. Yet He loved them too much to leave them there without a nudge. He changed the lives of the beggars and millionaires, prostitutes and zealots, the blind and the beautiful. And He still does.

The Bible says in the book of Hebrews 4:15,16 in the Message version:

‘Now that we know what we have Jesus, this great High Priest with ready access to God – let’s not let it slip through our fingers.

We don’t have a priest who is out of touch with our reality. He’s been, through weakness and testing, experienced it all – all but the sin.

So let’s walk right up to Him and get what He is so ready to give. Take mercy, accept help.’

Your Path to Jesus is Unique

Wherever you find yourself, whichever country lane or city street you came from, whatever regrets you have and whatever you’ve done to try and fill the God-shaped gap, Jesus is here. Ready. Waiting. Your path to Him is, or will be, as no one else’s… but that’s what makes a great story.

He’s not here to firstly be served but to serve. He’s here for you because He’s known you from before you were born. He wants to complete you.

If you’d like to, and if you feel ready, there’s a prayer you could pray that, if said from the heart, could be a line in the sand moment that could change so much about you, and lead you into His everlasting arms. Here it is:

I thank you for finding me here. I’ve pondered Your existence for a while and keep coming back to You. I believe that You are real and that You died not just for the sins of others but for my sins, and for that, I’m so grateful.

I receive Your grace and kindness and I make a decision to love You and follow You through the journey of my life.

Help me to know You more, fill me with a knowledge of Your love and a sense of Your purpose for my life, and let Your Word guide me into all truth. Today, I make You my Lord and Saviour.
Amen

If you have made this powerful decision for Christ and would like to explore this further with our team, then please don’t hesitate to get in touch with us so we can talk and pray with you through this next beautiful journey in your life.

AIR Church Gold Coast is part of the largest Pentecostal movement in Australia called the Australian Christian Churches, with over 1,000 churches, 3,200 pastors and 375,000 believers across the nation. Visit the ACC website to learn more about our overall vision, values and beliefs. We would love to welcome you to experience and find your way to Jesus in our Christian Church Service at our Place of Worship. Join us for our AIRTIME Sunday Service at 10 am and our fortnightly Wednesday Night Connects from 7pm.